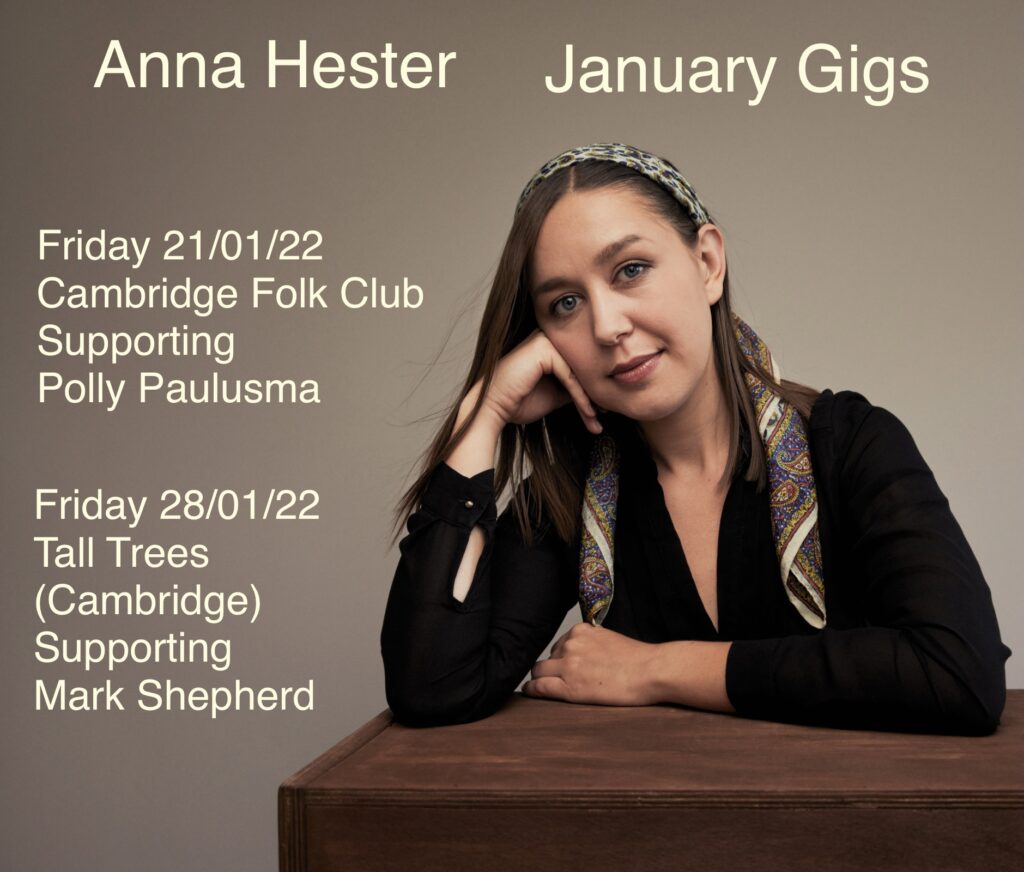 On Friday 21st January I am so delighted to be playing support for one of my favourite musicians, Polly Paulusma Music at Cambridge Folk Club

Doors=7:30pm. Watch this space for information on how to get tickets.

I will share more information about the Covid precautions of each venue ASAP. In any case, I strongly advice you to wear a mask and to have a negative lateral flow test on the day of the gig.

3rd August 2021: Hear the Music at The Golden Boar, Freckenham

17th May 2019: Cambridge Folk Club (support for Hunter Muskett and Cambridge and Walker)

3rd June 2018: Thirsty Cambridge with Eli Are and Audrey Aroha

6th October 2017: In the Rebel’s Den at the Irish Centre, Bletchley (panel evening of music and discussion)

5th March 2016: Women of the World at Cambridge Junction